Carlo Preti was born in Vicenza in 1961 and lives in Monza where he graduated in Humanities from the “Leone Dehon” Classical High School in 1981. He is currently working as a cello teacher in music oriented lower secondary schools.

As a musician he studied cello with the masters Augusto Salvi, Roberto Caruana, Graziano Beluffi and graduated from the Conservatory “Arrigo Boito” in Parma in 1990 under the guidance of Maestro Boselli. He then perfected his studies with cellist Karinèe Georgian at the Portogruaro Academy. He has collaborated with chamber ensembles and orchestras such as the Lecco Theatre orchestra, the Catholic University of Milan orchestra and the Filomusica del Cenacolo Ambrosiano in Milan. He is currently part of the Amadeus orchestra in collaboration with the International Academy of Singing of Masate.

For several years he held the chair of Cello at the Liceo Musicale Appiani in Monza and the Civic School of Brugherio. He plays in duo with his wife Gabriella Alberghini.

In 2010 he collaborated with the set designer Lino Brunelli, with the Municipality of Giussano and the Lombardy Region composing music for his paintings. He also wrote the soundtracks for the plays by Bruno Montrasio “Quand s’eri presonee” – performed at the Teatro Villoresi in Monza – and “Il Podestà di Roncobello”, based on real events.

For many years he carried out musical activities for the Cultural Association “Samudra” of Monza directed by Prof. Alberico Lopiccoli: he directed the group Musici dello Yoga, the group of Musica Raga and he composed the musical score for several plays by Sophocles, Aeschylus and Prof. Lopiccoli.

Together with his wife Gabriella, he currently collaborates with the cultural association “Samudra Onluss” and with Dr. Luca Viganò in the field of music therapy.

He is a member of the Cultural Association “Organa” dedicated to the enhancement of the organ heritage in Italy and abroad through concerts and recordings. Facebook Page: https://www.facebook.com/AssociazioneMusicaleOrgana/

The curator of the musical works is Mrs. Giuliana Lissoni, while the transcriptions of the parts are made by his wife Gabriella Alberghini. 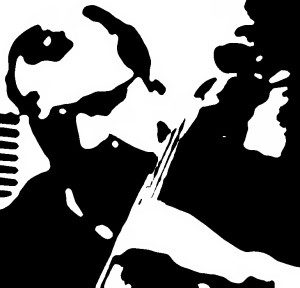 As a painter he studied with his father, the painter Mario Preti and with the painter and sculptor Mrs. Maria Vittoria Vicenzi, taking advantage of their valuable advice.

He attended the course of Engraving held by Prof. Gianluca Negrini at the Liceo Artistico Preziosissimo Sangue in Monza.

He worked for the company Gagliazzo in Desio from 1985 to 2011 for the reproduction of copies from ancient works of art.

Some of his paintings are exhibited at the antique shop Aste Morelli and others at Restaur.Ant in Monza.

He has taken part in several editions of the Prize “Città di Nova Milanese” within the review Bice Bugatti (Segantini) obtaining the following awards:

He has also participated in various exhibitions.

Collapse player
Back to top